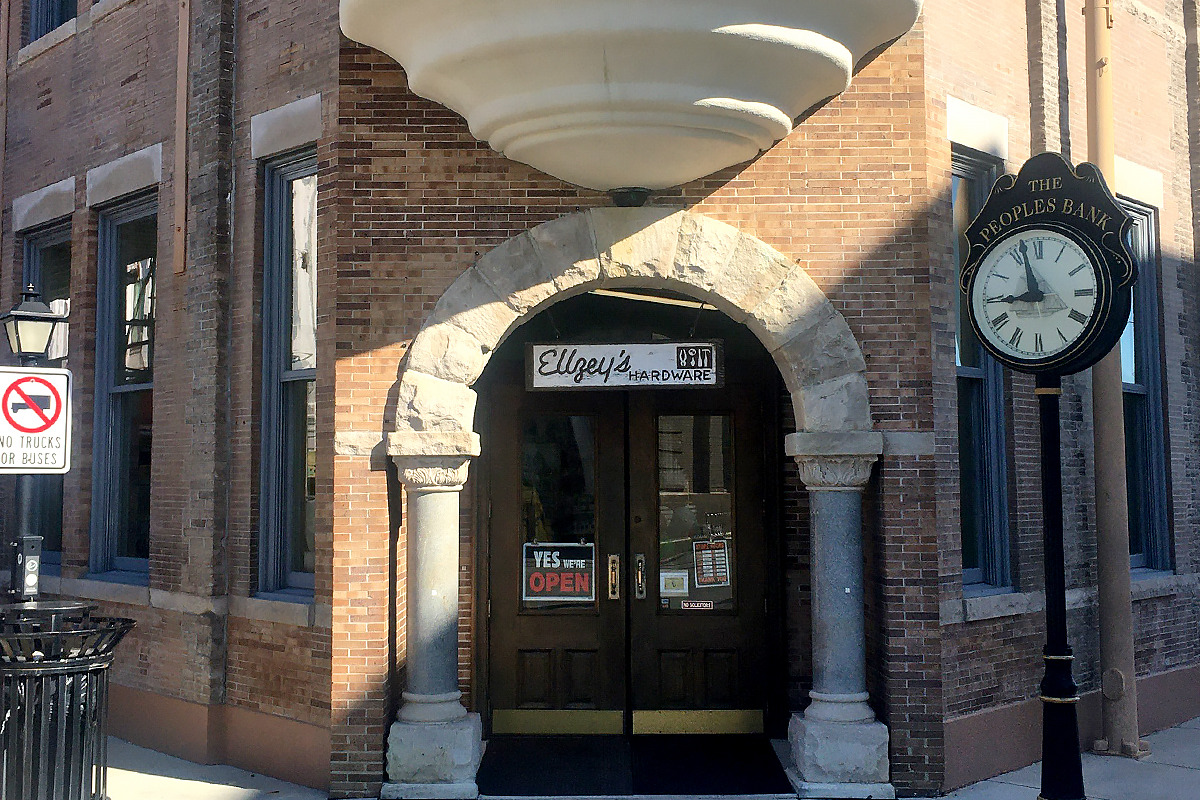 East Biloxi residents are losing another pillar in their community. On the morning of July 15, 2022, James McElroy of McElroy’s Harbor Restaurant handed me a letter that he received from Sandra Cannette of Ellzey’s Hardware. It read: “To all of our valued customers, it is with a heavy heart that we share the news that Ellzey’s Hardware store will be closing its doors on August 31, 2022.”

I was shocked to hear this. Why would a popular business with seemingly unlimited community support suddenly close its doors to valued customers? Many local business owners rely on Ellzey’s exclusive parts to maintain their boating and restaurant equipment.

I spoke with McElroy regarding the news. I could see the despair in his eyes as he asked, “Did you hear anything about Ellzey’s closing?”

Withstood the Tests of Time and Hurricanes

So many memories are tied to the old French-styled Ellzey’s Hardware building. The castle-like structure has withstood the tests of time in major hurricanes throughout the coast’s history.

I drove down the newly renovated Main Street and parked across from the Vieux Marche’ Mall on Howard Avenue. I went in to speak with Sandra Ellzey to see what could be done to help keep her business open. I was eager to hear what she had to say.

Cannette was busy helping an older gentleman as I approached the register. She looked up with a smile and said, “Hey Chef, what can I do for you?” I told Sandra that I wanted to take a moment to speak with her about the closing of her family’s business.

“OK, one minute,” Cannette told me. I waited patiently while she looked for a specific cotter pin that “could only be found at Ellzey’s,” the gentleman said. Suddenly, her phone rang. “Ellzey’s Hardware,” she replied. She put one finger up and scurried off to take care of her customers.

I watched as she rang up the gentleman ahead of me. “How can I help you, Chef?” she asked. I told her that I wanted to know more about why she decided to close the doors on her family’s business after so many years of service.

“I’m getting ready to retire,” She said. “My children just aren’t interested in running it.” Sandra spoke about seeking investors to buy her out of the business in hopes that they would keep the hardware store open.

Unfortunately, no such deal ever came about. Cannette told me that her only option was a “complete liquidation sale.” I asked if she had any photos that tell a story of the history of her family’s business in East Biloxi. “Yes,” she calmly answered.

“Hey, Sandra,” another loyal customer chirped as he drank a cup of coffee while walking in. “Hey, Jamie,” Sandra replied as she reached underneath the old wooden counter and laid out a thick, red photo album.

“Here is what you are looking for,” Cannette said, smiling. She carefully opened up the album and told me, “Take your time.” Images of East Biloxi during the early 1900s fascinated me. Cannette pointed to one of the photos from the Great Depression.

She lit up as she spoke about her grandfather’s heroic efforts to purchase a freight car full of refrigerators to be rationed to Biloxi residents who could not afford to purchase them during that period.

“The situation was so dire that local police had to be hired to guard them,” Cannette said.

I thought about how the Great Depression affected Black communities of people who worked in the shrimping and canning factories. Many were segregated and unable to access the same services. I remember going to the old Woolworth store that was a few doors down from Ellzey’s Hardware as a child. My parents would tell me stories about them not being able to sit at Woolworth’s lunch counter during Jim Crow.

At that moment, I realized there is so much history in East Biloxi that has never been told. I was looking at photos that were more than 100 years old. One could only imagine how many lives the Ellzeys affected, both subtly and significantly. I wondered how segregation affected Black residents in East Biloxi who were excluded from these basic services.

Curtis Ellzey Sr.’s first hardware store opened on Howard Avenue in East Biloxi in 1914. His son Curtis Jr. and business partner Elzie Barriau both played a huge role in helping Ellzey’s become a sustainable business. In 1927 they moved Ellzey’s to the Vieux Marche’ Mall, inside a building that the Sweatman family and the Peoples Bank now own. The hardware store still sits on the corner of Main and Howard Avenue today.

The exclusivity of their products and the ability to cater to their customers’ needs helped to set them apart from other hardware stores on the coast. Ellzey’s bins are filled with brass fasteners, and nickel-dipped knobs for home decor. “They have parts that no one else carries,” customer Jamie Kuykendall said, while purchasing a can of green marine grease.

Sandra told me that they were having a going-out-of-business sale throughout August. She said all accounts would officially close on Aug. 25, 2022, and that Ellzey’s will ultimately close its doors on Aug. 31.

A Loss of Community

“It will definitely be a sad day for me and my family,” Cannette lamented to me. “We have appreciated all the love and support we have received from you, our friends and our family.”

Main Street and Howard Avenue are both undergoing massive revitalizations to their infrastructures, with new boutiques and restaurants popping up all along these streets. The old brick-and-stone buildings are now refreshed structures with large umbrellas protruding from chic outside tables. The old hardware store will soon become the home of the next new swanky business after it closes.

Ellzey’s closure signifies the end to an era of thriving, long-running family businesses in East Biloxi and is a reflection of the community’s future. Ellzey’s loyal customers, including me, are already mourning the loss.

This MFP Voices essay does not necessarily represent the views of the Mississippi Free Press, its staff or board members. To submit an essay for the MFP Voices section, send up to 1,200 words and sources fact-checking the included information to [email protected] We welcome a wide variety of viewpoints.

How Cloud Agnostic Hardware Could be The Future of IoT