How an enormous project attempted to map the sky without computers 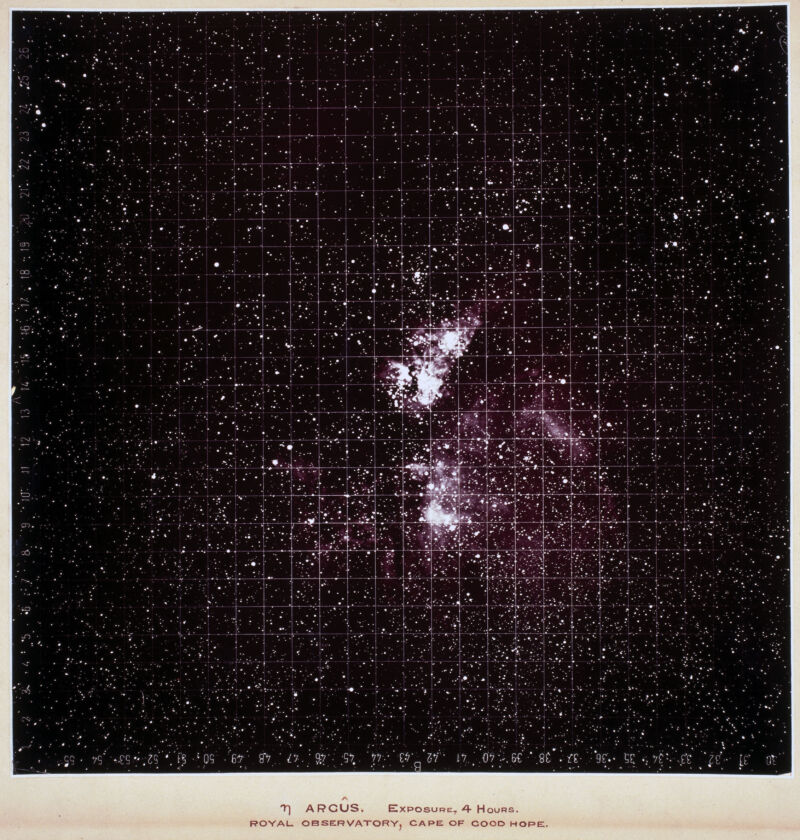 Recently, the European Space Agency released the third installment of data from the Gaia satellite, a public catalog that provides the positions and velocities of over a billion stars. This is our most recent attempt to answer some of the most long-standing questions in astronomy: How are stars (and nebulae) spread out across the sky? How many of them are there, how far away are they, and how bright are they? Do they change in position or brightness? Are there new classes of objects that are unknown to science?

For centuries, astronomers have tried to answer these questions, and that work has been laborious and time-consuming. It wasn’t always easy to record what you could see in your telescope lens—if you were lucky enough to have a telescope at all.

Now imagine the emergence of a new technique that, for its time, offered some of the benefits of the technology that enabled the Gaia catalogs. It could automatically and impartially record what you see, and anyone could use it.

That technique was photography.

This article tells the story of how photography changed astronomy and how hundreds of astronomers formed the first international scientific collaboration to create the Carte du Ciel (literally, “Map of the Sky”), a complete photographic survey of the sky. That collaboration resulted in a century-long struggle to process thousands of photographic plates taken over decades, with the positions of millions of stars measured by hand to make the largest catalog of the night sky.

Unfortunately, the Carte du Ciel project came at a time when our ability to collect measurements of the natural world was not matched by our capacity to analyze them. And while the project was in progress, new instruments made it possible to study physical processes in distant celestial objects, tempting scientists away from the survey by offering the chance to create new models to explain the world.

For the astronomers working on the Carte du Ciel, no model yet existed that could abstract the positions of millions of stars into a theory of how our galaxy evolved; the researchers instead only had an intuition that photographic techniques could be useful to map the world. They were right, but it took most of a century and the entire careers of many astronomers for their intuition to bear fruit.

It was astronomer and explorer Francois Arago, president of the Paris Observatory, who announced Louis Daguerre’s photographic techniques to the world. Daguerre, building on the work of Nicéphore Niépce, discovered how to make permanent images on metal plates.

For centuries, astronomers had struggled to record what they saw in the night sky with notes and hand-drawn sketches. Peering through the distorted optics of early instruments, it was not always easy to draw what you could see. You might ”observe” things that weren’t there at all; those canals and vegetation on Mars that poor Schiaparelli drew from his Milanese observatory were nothing more than an optical illusion, caused in part by the turbulent atmosphere. Only a few very highly trained astronomers, like Caroline and William Herschel, could instantly spot a new star in a familiar galaxy—a signal of some distant cataclysmic event?

Photography could change all that. Arago instantly realized the immense potential of this technique: Images taken in the depths of night could be analyzed comfortably and quantitatively in the light of day. Measurements could be precise, and they could be checked repeatedly.

Daguerre received a pension and allowed Arago to open-source the details of his procedure, leading to an explosion of portrait studios in Paris and around the world. But as it turned out, Daguerre’s method was simply not sensitive or practical enough for capturing anything besides the brightest stars, the Sun, or the Moon. The next hot new technology, wet-plate collodion emulsions, was not much better; the plates would dry out during the long exposures required to capture faint astronomical objects.

Astronomers had to wait 40 years, until the 1880s, for very sensitive dry photographic plates to finally become available.