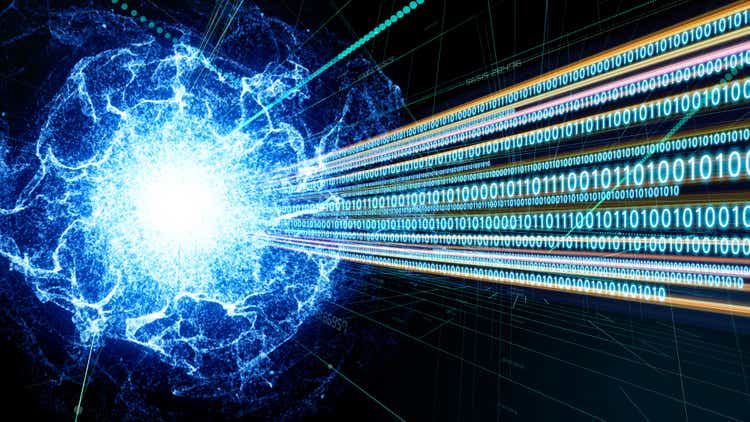 Quantum-computing technology company IonQ (NYSE:IONQ) saw its shares rocket up by almost 30% Tuesday after it gave an upbeat revenue forecast and showed strong gains in billings from over a year ago.

Late Monday, IonQ (IONQ) said that for its fiscal second quarter, it lost a penny a share on $2.6M in revenue. During the same period a year ago, IonQ (IONQ) lost 8 cents a share on sales of $93,000.

For its third quarter, IonQ (IONQ) said it expects revenue to be in a range of $2.6M to $2.9M, and for its full year, the company estimates booking will fall between of $23M and $27M.

Analyst Toshiya Hari, of Goldman Sachs, said IonQ’s (IONQ) results showed “continued strong interest in quantum computing across potential commercial and public customers.” However, Hari maintained his neutral rating on IonQ’s (IONQ) stock on the grounds that “contracting delays across the technology sector could lead to 2022 bookings coming in below expectations.”

Volume in IonQ (IONQ) shares was far higher than usual, with more than 12M of its shares exchanged in early trading Tuesday. IonQ (IONQ) averages 4.7M shares traded on a daily basis.

Earlier this summer, IonQ (IONQ) announced an expansion of its operations into Europe and Israel.

How To Level Up Your Digital Marketing Strategy